We are Praying for everyone to Be Well Be Safe. 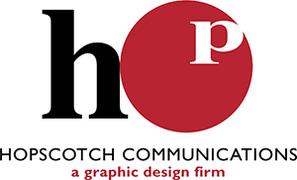 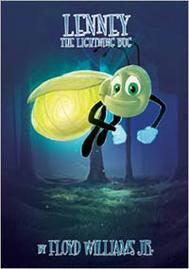 Morris Snack Salon, Morris Linen and Towel Company, and The Morrison Room (Banquet Hall), all located in the City of St. Louis, Missouri, were thriving businesses back in the day, owned and operated by Mr. and Mrs. Dorr and Dorothy Morris. Mr. Dorr Morris enlisted in the United States Navy in 1938. For five and a half years, he worked as a cook in the military. When Mr. Morris returned home to St. Louis from World War II in 1944, he and his friend, Dorothy Lee Brown rekindled their friendship and were married on a beautiful day, Sunday, October 28, 1945. In July, 1946, their first child (Sandra Marie) was born.

One day, Mr. Morris was reading the St. Louis Argus newspaper and saw an advertisement of a restaurant for sale. Since Mr. Morris always desired to have his own business, he talked to the previous owner, who was a black man, and purchased the restaurant business from him. Mr. Morris utilized his culinary experience from the Navy and opened his restaurant, Morris Snack Salon, in 1947; located 723 N. Sarah, in “The Ville” neighborhood. There was good food at Morris Snack Salon. The menu items were pie, chili, hamburgers, chicken, and ribs. The business paid the bills and helped to support his family. During this time, the restaurant was surrounded by other Black businesses. A tavern was on the left side of the Snack Salon and on the right side was a barber shop. The other neighboring businesses were a confectionery, a laundry, and rooming houses that people rented, so they could live closer to their jobs. Mr. and Mrs. Morris enjoyed working at their restaurant, Morris Snack Salon, but the early years were very busy years and left no time for vacations.

Although Morris Snack Salon had successful times, it was a seasonal business. As long as the weather was nice and warm, the customers were plentiful, but when the weather became cold, the customers didn’t come as often, if at all. A few years later, Mr. Morris took off his apron and held it up. That day he had a revelation as he looked at it. He thought, all businesses need linen these days. So he came up with the idea of opening a linen service to provide linen for other businesses as a better way to support his family. He took his idea to his dad, Mr. James Morris, and discussed it with him. His dad worked as a night watchman and also dried shop towels at a company. His dad finally said to him, Morris Snack Salon 723 N. Sarah (in “The Ville” neighborhood) 15 years in business 1938 - 1953 Mr. and Mrs. Dorr Morris have been married for 67 years. They are enjoying retirement years with their 3 children, 3 grandchildren, 3 great-grandchildren, family and friends.

“Son you don’t know what you are getting into!” In spite of his father’s insight, Mr. Morris faced the unknown and forged onward with his idea to start a business that he was unfamiliar with. In 1950, Mr. Morris started his linen business in the coal shed in the basement of their home. The linen business grew to the point whereby Mr. Morris had to find a bigger location. Mr. Theodore Abbott was a white man who owned and operated a plant on Maple Avenue, and lived upstairs in the same building. Mr. Abbott became sick and wanted to sell the business. Mr. Morris started renting from Mr. Abbott on August 7, 1951. The plant was already set up to start operating, but the equipment was old wooden equipment. This was the beginning of Mr. Morris’ horrendous challenge to learn how to repair washers and dryers; a skill he had no training for to draw from, but he now had to learn because there was no money to hire repairmen. Mr. Morris was in his 30s, when he attended Ranken Technical School to learn how to work one of the main pieces of equipment in the plant called a boiler. The boiler was a huge cylindrical piece of iron equipment that supplied steam to the pressers that employees needed to press uniforms and to the mangle (pictured in the book, “None of Your Black Business”). The steam dried the uniforms when pressed and other linen items on the mangle such as bib aprons, sheets, pillow cases, hair cloths, hand towels, etc. Steam from the boiler also heated the water that was used for the huge washers that were used to wash the linen.

Mr. Morris named his new business Morris Linen and Towel Company. Four of the six employees were family members: Mr. Dorr Morris, Mrs. Dorothy Morris, Mrs. Mary DeSha (Mrs. Morris’ mother) and daughter, Sandra Marie, who came to work at the plant in the evenings and every summer all the way through high school. The other two employees were Mrs. Ethel Roddy and Ms. A. Wright. Later, Mr. Wilson was hired as the driver who took clean linen to clients and brought back the dirty

Morris Linen and Towel Company provided many uniforms, aprons, towels, sheets and pillow cases for other businesses in St. Louis. Their biggest clientele were motels and hotels.
Mrs. Morris graciously accompanied her husband with her creative, homemaking, and nurturing abilities. Her energy was endless as she worked as often as she could at her husband’s work sites while she completed Millinery, Medical Receptionist and Business training, helped with the rearing of their 6 children (3 passed away), took her children to Sunday school and church every Sunday unless they were ill; she was active in her church as a Sunday school teacher and an usher, honed her cooking skills, and kept up with household responsibilities.

The linen and towel business was so busy; Mr. Morris decided to close the restaurant, Morris Snack Salon, in 1953. Another daughter (Angela Mary) was born in 1956 and a son (Kevin James) was born in 1961. In April 1973, Mr. Morris purchased a building, 1714 N. Vandeventer, to relocate the plant. Every day of the week was hard work at Morris Linen and Towel Company. Tuesdays and Thursdays were wash days for the linen products, using huge dryer machines and linen tumblers. During those days clothes had to be pressed on pressers once washed, so the temperature inside the plant was high. There was no such thing as air conditioning during this time in the plant. So it was hot in the winter and twice as hot in the summer to work in the plant. On these busy days, after Mrs. Morris saw her children off to school, she caught the bus often, back and forth, going to work at the plant in the mornings and bringing the children to the plant after school. Mrs. Morris’ mother, Mrs. DeSha, would make sure that her grandchildren had plenty of snacks, especially their favorite big red apples on hand after school. Mrs. Morris did the washing and ironing of the linen items. She was on her feet most of the Morris Linen and Towel Company 1714 Vandeventer 61 years in business 1950 - 2011The old washroom Historic photo courtesy of author, Mrs. Dorothy Morris from book: “None of Your Black Business” time working at a huge machine called a mangle. Linen products went through one side damp and came out on the other side dry. There were times when she had to quickly fold items as they came off the mangle, swing around and get the next item that came through. When the younger children, Angela and Kevin, became of age, the entire family worked at the plant until closing time. The youngest daughter, Angela, even served as the Manager when Mr. Morris went out on the routes. These were long, hot, and tiring days inside the plant.

Another business ventured 1986-2008. Mr. Morris purchased a banquet hall at 3739-41 Page Boulevard, and named the business, The Morrison Room. This facility was available for the public to rent for wedding receptions, parties, fashion shows, meetings and funeral repasts. Mrs. Morris showed the facility to prospective renters and then journeyed back to the linen service plant on Vandeventer to continue working.

Through the years, Mr. Morris worked extremely hard while in business trying to support his family. He was enthusiastic at first as he got his new business underway; a man, who always wanted to be self-employed, but the hard work, new challenges, and how to run this linen business took every ounce of strength and energy he had in him.

Mrs. Morris wrote a book as a tribute to her husband and his difficult working career. This is a must read book, titled, “None of Your Black Business”. Following that special book, she wrote two more books and had all of them published. The second book is titled, “Sweet Breezes of Fairview” (a twist on who the plantation owners were and a joy to read), and finally, a motivational book for children titled, “Spread Your Wings”.

On April 12, 2011, Mr. Morris sold his business route and closed Morris Linen and Towel Company. This amazing story of the life of Mr. Dorr Morris is such a tribute to the history of Black men in early America because it depicts his struggles to survive in a place where White men prevailed in business. At that time the banks did not make loans to Black businessmen. As far as the clients he tried to serve – the White clients did not want his services once they discovered he was Black, and the Black clients did not trust his ability to provide quality service like the White owned linen companies. The Morris Family and staff upheld a great deal of responsibility to make certain that the products were delivered to their customers – clean, nicely ironed, folded and packaged in cellophane wrap. Mr. Morris refused to throw in the towel and today has a wealth of knowledge regarding what it takes to run the type of businesses he had.

Mrs. Dorothy Morris studies the Bible and creates beautiful watercolor works of art. Mr. and Mrs. Morris are a treasure to the family and still have a passion for cooking. During their lifetime, they have learned a great deal about people, life, rearing children, and ways to spend their time. To see more of the historic photos at Morris Linen and Towel Company and learn more about the wonderful history of the Morris Family, read the book, “None of Your Black Business” on sale for $12.95. 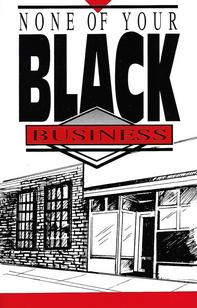 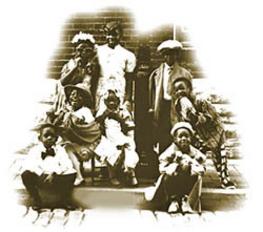 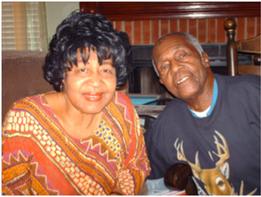 “Sweet Breezes of Fairview”
– a twist on who the plantation owners
were and a joy to read.
Author Mrs. Dorothy Morris 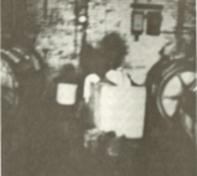 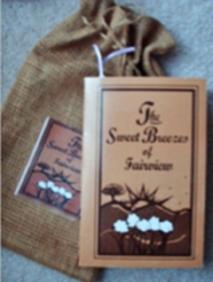 "None of your Black Business"
– the journey of her husband's new business venture and determination.
Author Mrs. Dorothy Morris