Tillie's Corner
​A Historic Small Business Hub in the city of


Charlie and Lillie Velma Pearson
4 children and 1 on the way
Easter Sunday 1942.

Children take a pose in the
store door (right).

We are Praying for everyone to Be Well Be Safe.

Backyards, back of property

Tillie's Corner, a milestone in the rich history of black owned businesses in St. Louis. A catalyst for future dreams to come true. 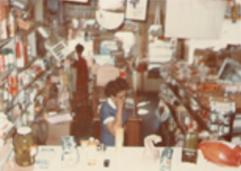 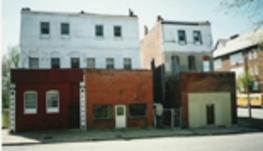 Children by the meat counter

Parts are surrounded by 6-foot fencing and an emptied Kerosene tank welcomes the front gate walkway. 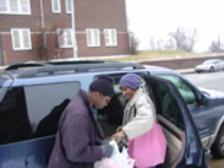 What the buildings used to look like, photos were taken in 2002. 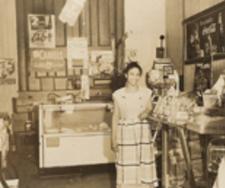 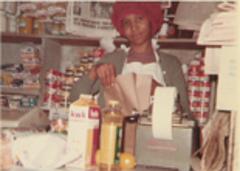 Customers  by the meat counter (left), Customers in the
​store door (center), and Mrs. Pearson  and customer (right).

Backyards, back of property and garage

Mrs. Lillie Velma Pearson was the sixth child of seven, born to Mr. and Mrs. Arthur and Lucy Arnold on Saturday, April 17, 1915 in Weldon, Arkansas.  She had five sisters and one brother.  Two older sisters passed away before she was born or old enough to remember.  Her mother passed away when she was only four years old.

The family lived in a house that her father built in the woods and they were members of Maple Chapel African Methodist Episcopal Church located about five miles from their home.  Lillie and her siblings walked one mile to Mount Pleasant Baptist Church where they attended school and the family began worshipping there often because it was closer.

Mrs. Pearson was an industrious hard worker all of her life.  At the tender age of nine, her father became ill and she not only took care of him, but also raised a garden and labored in the fields picking cotton to make a living for the family.  She tended to the farm animals, did house work and carried bags of fruits and vegetables from the family garden to the little store in Weldon to exchange them for flour, sugar and other staples. Because of her upbringing in the country, Mrs. Pearson was generous and loving and always had a willingness to sacrifice for others.  She attended one year of high school and cut her education short to take care of her father when he suffered from a stroke.

Before the death of her father, she met Mr. Charlie Pearson.  They became husband and wife on November 14, 1934 and eleven months later their first child was born.  In the early 40s, Mr. and Mrs. Pearson and their five children (3 boys, 2 girls) moved to St. Louis, Missouri.  They  lived in a house on 3rd Street in South St. Louis.  Mr. Pearson worked at a steel foundry and Mrs. Pearson was a housewife and seamstress.

Tragically in October 1948, Mr. Pearson passed away during a surgery. Mrs. Pearson and her children were emotionally torn and confused.  Her oldest child was nearing her 13th birthday and her youngest child was 6.  Being newly widowed, she was faced with the task of keeping her children together and how she was going to provide for them.

She was offered a job at the post office, to which, in consideration, Mrs. Pearson said, “I prayed to the Good Lord to let me know if I should work at the post office or on my own.”  Later that same month, God answered her prayers to carry out her vision to keep her children together, provide for her family and serve people in need that lived in the community.  She turned down a better paying job at the post office and caught a street car to the north side of St. Louis to see about a store that her brother told her was up for sale.

Ultimately, she owned and operated Tillie’s Food Shop, a neighborhood confectionary, for 40 years (1948-1988).  Mrs. Pearson had a desire for people to have food and other items on-hand, so she continuously worked long hard hours to ‘make ends meet’ – in the earlier years, opening her store at 5 o’clock every morning and closing at 11 o’clock every night.  The larger neighborhood grocery stores, at that time, closed earlier in the evenings, which was an inconvenience to those who did not have transportation.  There was plenty to do in the store so Mrs. Pearson taught her children, nieces, nephews, grandchildren and the firstborn great-gran how to work in the store.  Everyone, young and old visited Tillie’s Food Shop.   Mrs. Pearson’s store was convenient for everyone in the neighborhood and also a community meeting place. Even though her business kept her busy, she was an active participant in her children's PTA, helped to rear her grandchildren, served with the NAACP in soliciting memberships, and held backyard carnivals to raise money for the Muscular Dystrophy Association.

Back in the day, Mrs. Pearson was known to her customers and the community as “Ms. Tillie”.   The name “Tillie” was actually her oldest daughter’s nickname and because she liked the name so much, “Tillie’s Food Shop” was born.  Sometime in the 70s, Mrs. Pearson’s youngest son started helping out quite a bit and she called the store Tillie’s and Son’s Food Shop.  Through the years, her daughters adopted her concept of “keeping them all together” and obtained the buildings and land on each side of her home and store. This completed a half-block fortress that begins on the corners of Garrison and Sheridan Avenues.  Mrs. Pearson titled the property “Tillie’s Corner”, taken from her nickname in the store.

Mrs. Pearson always told everyone how the good Lord helped her along the way for
all of those years.  She and her granddaughter, Carla Renee Pearson, worked passionately to fulfill her vision to restore Tillie’s Corner up until the day she passed away at the age of 91 on Thursday, November 30, 2006.

Today Carla and her husband Miguel and many supporters work continuously on Granny’s vision to restore Tillie’s Corner in her memory.

Miguel and Carla Alexander love working on Granny’s project. This photo taken in 2010, Parked on Sheridan Avenue next to the Tillie's Corner small lot - Dunbar Elementary School in the background, across the street.